5 Places You Haven’t Visited In London

Chances are, if you’ve been to London, there are some sights you’ve seen. The Houses of Parliament. The London Eye. Westminster Abbey. The Tower of London. The list goes on!

These are all excellent sights, and if you’ve not been to London, then they should be very firmly at the top of your to-do list.

Benjamin Franklin was one of America’s Founding Fathers, not to mention a scientist, inventor, statesman, author, diplomat… the list goes on!

His contributions to society were numerous, and included the lightning rod, the charting and naming of the Gulf Stream ocean current, and the creation of the decision system known as “Pro’s and Con’s”.

He also spent a great many years living in London, and the house he lived in here is the last surviving residence of Benjamin Franklin in the world. It’s just off the Strand, a short walk from Charing Cross train station, and today it is possible to take a tour and learn all about his time living here, as well as a bit about the man himself.

A post shared by Benjamin Franklin House (@benjaminfranklinhouse) on May 24, 2018 at 9:05am PDT 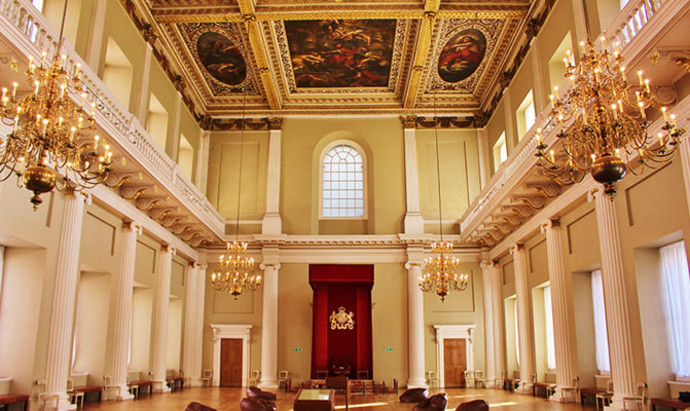 Right in the heart of Whitehall, practically opposite the Horse Guards, is the last surviving building of the Palace of Whitehall. Built by Henry VIII, the Palace was the main residence of the British monarchy for around 150 years, until it burnt down in 1698.

The last part of it to survive was the Banqueting House, a purpose built house, for, well, banqueting, as well as other important royal receptions and ceremonies. The main attraction is of course the hall where all the action happened, a huge two storey space with galleries, from where the public would be able to gather and watch the King dine.

There’s less of a chance of watching a Royal eat today, but the advantage is that you are allowed to walk around the area previously off limits to the general public, and even recline on one of the handy bean bags to admire the impressive ceiling art. There’s also a video that shows the full history of the building, and an audio tour, all included with admission. 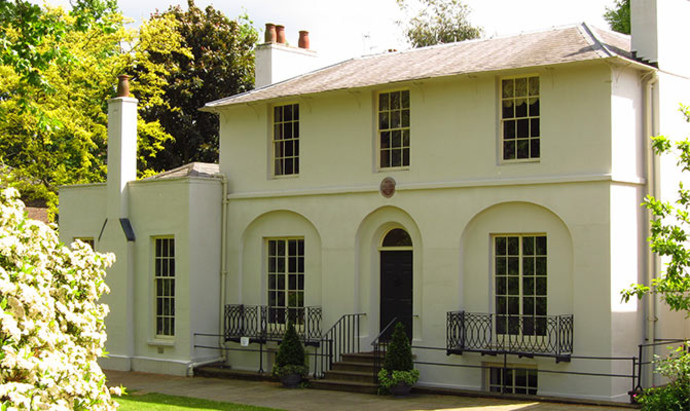 You’ve got to feel sorry for Keats. Widely regarded today as one of the greatest English poets, he died at 25 in Rome, unrecognised, and feeling himself to have entirely failed as a writer. He is buried in Rome, and you can visit both his grave and deathbed if you’re in that city.

For a slightly less depressing story (although the ending is obviously the same!), you can visit the Keats House, found in Hampstead, north London. This is where Keats lived for much of his time in London, and was where he met and got engaged to the great love of his life. It’s also where he produced the majority of his masterpieces, with “Ode to A Nightingale” written under a plum tree in the garden.

The house has been kept as a museum dedicated to Keats and his life since 1931, and you can learn all about his all too short existence via a fascinating tour and an informative film. If you’ve got any interest at all in the written word, I can highly recommend this moving tribute to this remarkable talent.

When you see a member of the British Royal Family taking part in a particularly elaborate ceremony, they will often arrive in a gorgeous carriage. Well, those carriages (and the horses that pull them), have to live somewhere, and that somewhere is the Royal Mews, conveniently located just around the corner from (and technically on the grounds of) Buckingham Palace.

The Royal Mews houses the majority of the Royal and State Carriages (including some motor vehicles), as well as some slightly more unusual and historic modes of transport, such as Queen Victoria’s State Sledge.

Most impressive of course is the Gold State Coach, dating from 1762, and only used for the most important state occasions, such as coronations and royal weddings. There’s an excellent audio tour of the Mews, which gives history and information for the most interesting exhibits, as well as insights into the working life of the property, which is still very much in operation.

The Gold State Coach was commissioned in 1760 by King George III. The Gold State Coach is one of three Great State Coaches. It has been used by every monarch to transport them to and from their coronation since George IV. It was built by the London workshop of Samuel Butler for £7,562 (the equivalent of £1.08 million or $US 1.57 million) and weighs four tons. Due to the coach’s age, weight and lack of manoeuvrability it has limited uses to Grand state occasions, such as coronations, royal weddings and jubilees of the monarch. The coach is made of solid gold and features painted panels by Giovanni Cipriani. The coach also has rich gold sculpture including three cherubs on the roof representing England, Scotland and Ireland and four tritons at each corner representing Britain’s imperial power. The body of the coach is slung by braces covered in Morocco leather and decorated with gilt buckles. The interior is lined with velvet and satin. It is so heavy it is pulled by eight horses and can only be pulled at a walk. It has gilded brakes which are operated by the grooms. Many monarchs have disliked riding in this coach. William IV, a former Royal Navy officer, likened it to a ship tossing in a rough sea. Queen Elizabeth II described her journey as horrible and not very comfortable. After the Second World War, it was overhauled to rubberise the iron bound wheels to make it a bit more comfortable for the passengers. Since the coronation of 1953, it has been used to transport the Queen and the Duke of Edinburgh to thanksgiving services to mark the Queen’s Silver and Golden jubilees. When not in use, the coach is on display at the Royal Mews at Buckingham Palace. #goldstatecoach #royalcoach #royalmews #london

You’ve probably heard of the Duke of Wellington. There have been more than one of course (the present Duke is the ninth), but the most famous was the first Duke of Wellington, who defeated Napoleon at the Battle of Waterloo. He also popularised the type of footwear which we now call the Wellington Boot.

If you are interested in learning a bit about the man, and in particular, where he lived when in London, then you should head along to Apsley House. Opposite the Wellington Arch, the house has been the home of the Dukes of Wellington since the first one, with the ninth duke still in residence.

However, the majority of the property is open to the public, and operated by English Heritage. There’s an excellent interactive tour, which takes you through the impressive rooms, all of which are filled with beautiful art, as well as the various gifts that the first Duke received from European rulers.

Hopefully this post has given you some ideas for sight-seeing in London that are a little different to the usual destinations! London has so much to offer the visitor – you definitely won’t be short of things to do.

Looking for a place to stay in London? Laurence stayed with Jo in Bloomsbury for his last trip.

Find the London host that's right for you 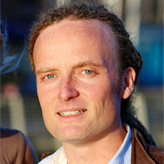 Since 2009 Laurence has been travelling the world as a professional photographer and travel writer, and sharing his stories, adventures and photos on his travel blog.