10 Great U.S. Cities That Are Off The Tourist Trail

The United States is a dream tourist destination, but like many destinations, it has its tried and tested tourist trails. The major cities like New York, Chicago and San Francisco are must sees for a first timer to the U.S. but if you have the time, it’s worth exploring beyond these primary destinations. Every state has its own feel and flavour so hop in your car and plan a road trip. Here are ten great American cities that you should visit.

Often overshadowed by the nearby city of Chicago, Milwaukee still has plenty going for it. As well as being the home of Harley-Davidson and of course Miller beer, Milwaukee is a stunning lakeside city with lots to do. If beer and bike museums aren’t your thing, head to the shores of Lake Michigan and enjoy some great food, great walks and great views. Try Colectivo for coffee, delicious baked goods and a summer evening concert series.

If you like the outdoors, then Seattle is definitely the city for you. Surrounded on all sides by water and close to several national forests, this west coast city is often overlooked by nearby Vancouver in Canada. But with a vibrant food scene and an amazing selection of water sports, there’s plenty to pack in. Try the sandwiches in Grand Central Bakery or the cocktails pretty much anywhere. The standard here is high.

Not exactly a road trip destination for the United States, Honolulu and indeed Hawaii are very much destinations with a unique feel. It goes without saying that the surfing, beach life and scenery are second to none but so are the bars and the friendly Aloha atmosphere will mean you never want to leave. Try Mai Tai for drinks or Akasaka for sushi.

Often over shadowed by other Californian cities, San Diego is the kind of city you could easily call home. With less fog than San Francisco and less high-maintenance than LA, San Diego’s golden beaches make it a great chill-out destination. Rent a car and explore the beautiful Californian countryside nearby or take a spin down to Tijuana in Mexico for the weekend.

Louisville isn’t a city that figures particularly high in many lists of top US cities, but it shouldn’t be overlooked. Situated on the banks of the Ohio River, there are plenty of great spots along the river bank to enjoy a bite to eat with a view. Kentucky is also the home of bourbon whiskey and the city has plenty of late night bars that will let you taste the local brew.

Austin is a city that’s quietly been building a reputation for itself as a seriously cool destination. With the annual South by Southwest music festival as well as the smaller Austin City Limits and Psych Fest music festivals, the city has a lot going for it in terms of live events. The warm weather also means that there are plenty of great outdoor spots to enjoy the sun and a swim such as Barton Springs pool in Zilker Park or Hamilton Pool which is located slightly outside of the city.

Much like Austin, Portland is a city that has steadily built a reputation for itself as a great place to live. Just under three hours south of Seattle, the city has the same appreciation of good quality food. The city’s neighbourhoods such as the Pearl District and Old Town Chinatown really give you a feel for the history of the city while featuring loads of great spots to hang out by day or by night. Try Prasad for a smoothie to set you up for the day and get out and explore.

For those outside of the US, New York generally refers to the city rather than the state. But venture further north from the metropolis to the much smaller town of Rochester, close to the Canadian border and get an altogether different view of New York. Situated at the tip of Lake Ontario, the views around Rochester are fantastic and the city and surrounding area are a great place to explore by bike to really take in the scenery. The city is also only an hour and a half from the famous Niagara Falls.

The larger of the Twin Cities (the other being nearby Saint Paul) Minneapolis has a whole lot going on that you may not know about, particularly in the world of visual and performing arts. The Walker Art Center, the Weisman Art Museum (pictured above) and the Minneapolis Institute of Arts are some of the many top quality art galleries that do not get nearly as much attention as they should. After New York, Minneapolis has the highest amount of theatre per capita and this ranges from dance, to stand up, to Broadway drama. Check the listings when you plan your trip, there’s plenty to see and do here.

Not to be confused with Kansas State (which is just next-door) Kansas City is located in Missouri and has some great spots for shopping, from outlet stores to quirky vintage finds. For a tipple after you've shopped ‘till you drop, try Manifesto bar which is a throwback to the speakeasy style bar of the 30’s.

Have we convinced you to follow the road less taken across the USA? 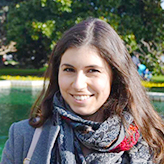